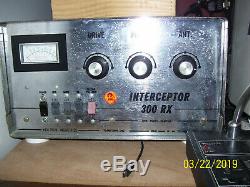 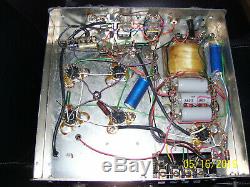 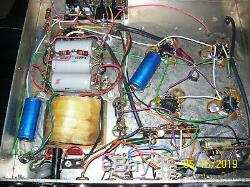 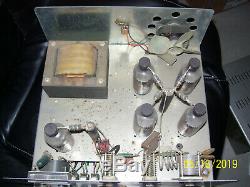 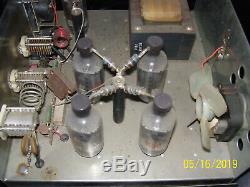 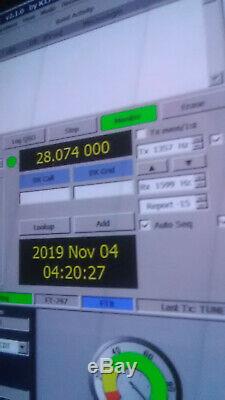 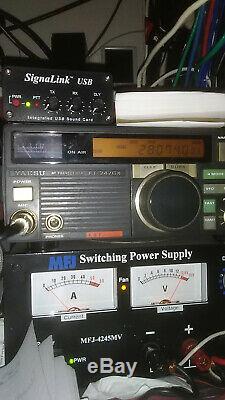 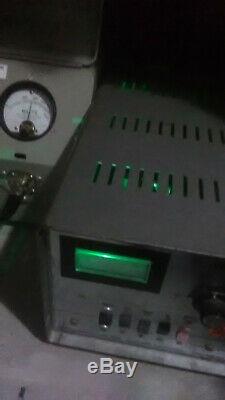 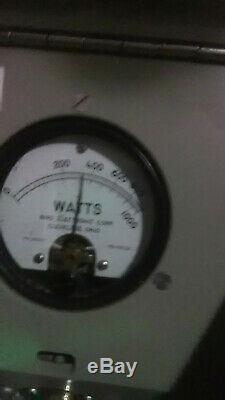 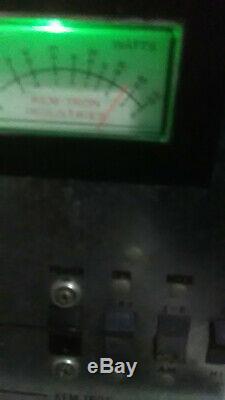 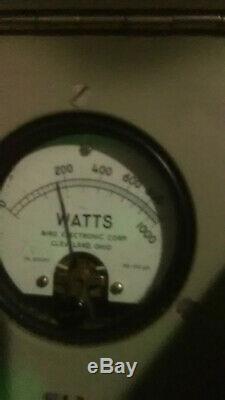 So don't blame me if all of my items disappear real soon. You can see my descriptions are quite descriptive. Clearly described in listing as only XP-32bit and earlier. Described with Bold & Underlined too, and missed it apparently! Not new any more, but my listings will stay up. A bit of Ohio Nostalgia here. One EXTREMELY RARE Kem-Tron Interceptor 300RX Amplifier in very good condition for sale. They were NOT the same tubes that this one has. For Export use these issues shall not apply. This amplifier still has a set of FIVE (5) true RCA 8950 tubes in it.
See pics, and go price them yourself. When it went into storage in 2016, it still put out about a CLEAN and happy 280-ish watts (MFJ-269C un-calibrated meter, HI scale,) on 10m with 8-10w drive.
A crippled ALS-600 is taking care of business here, so there is no real hurry for this item to sell. I recently tested it so those who were watching this listing just lost out big time. There has been a price increase because the tubes are actually fully functional.

I showed the WSJT-x screen to show the time of the testing UTC. So this amp is TRULY FUNCTIONAL. I can't guarantee ANY output because I have absolutely NO control over YOUR equipment. My pictures show MY equipment, and what IT does. The price is COMPLETELY FAIR because of these tubes being so hard to find on top of the amp itself being SO EXTREMELY RARE.

You can easily prove this fact by the number of watchers on this listing! The meter still lights up the original green as you can see in the pictures, the original fan still works, and the receive pre-amp still clicks, and is FUNCTIONAL using an antenna on 10m. I did plug it inline and see that these still function and light up properly on multiple dummy load tests. Previous to my obtaining it in 2014, the power switch was replaced, unknown if by the factory or by the previous owner but it is not riveted.

It seems to not have an original power cord either as compared to any other of the few 300RX's I've EVER seen pictures of, so no idea if this was normal or not, as there is not many to compare it to. This one has lived its entire life in Ohio. So it's only a few counties away from where it was originally made in Mahoning County.
The other switches are not "snappy" switches as per their original design spec type being used in this application. They are very secure as they are, they don't move at all. I will styrofoam and cardboard as much as possible for rigid padding as to keep weight to around 30 pounds. Just a note, FOUR of these 8950s can be replaced with more readily available 6KD6s by sharing the 12v filament voltage across TWO of them. You can still keep a single 8950 to drive the quad using the 12v. Or, you can replace the 5th also by voltage dividing that 12v source to its filament to supply the 6v the 6KD6 needs. Another note is that supposedly the 8950s DO work/sound better than any of the other 6v filament tubes while the steep cost difference isn't usually worth that difference. Most owners do the swap-over when the time for a tube change is due. Supposedly again, a direct pin for pin swap except for filament voltages on the RCA brand tubes.
This one has NOT been converted yet. It is still the factory design. The pictures include the insides and all angles so no questions should really be needed. Nothing is overheated, vented, or burned.
You get what you see, nothing else. If you need the acronym: WYSIWYG. The patina on the front cover looks worse with the flash. Compare ALL of the pictures so you can see what I mean. The following quote is copied direct from "RadioMuseum" on the 101 version with TWO 6LQ6's, which is the "smaller" version of this one: (Search "kemtron_amateur_linear_amplifier_interceptor_101") to get there. This is the ONLY information readily available on this BRAND of Amplifier if you are not already familiar with it. SSB, suitable for Citizen Band transceiver too. Note: This is NOT legal in the USA on 11meter CB Radio. It wont hurt it at 15w input which I drove it at when I was using it on 10m to confirm that Saudi Arabia contact that was not quite making it while QRP conditions faded and the FT-747's 100w didn't make it either. I would NOT suggest that you send any more than 15w PEP into it. So those HR2510s and equivalents, will be a little much for this amp out of their boxes. It also CLEARLY states on the back of the unit, Illegal for use on 11m CB Band in the USA. If you are in the USA, this equipment must be operated in accordance with all FCC rules and regulations that apply. NO guarantees, except of this item's physical existence. THERE IS A BEST OFFER OPTION. Just be SERIOUS & I'll consider it. I guess you didn't bother reading this.

Depending on the sale price, this amp sale proceeds CAN help the Northern Ohio Amateur Radio Society club. Again, check the number of Watchers on this listing. They know it's value.